FOCUS ON THE NEWS,TRACKING INFORMATION.

The development trend of air-jet looms at home and abroad

Air-jet looms have gradually become a leading model of shuttleless looms since they were introduced in a large area in China in the 1980s. After nearly 20 years of development, there have been huge developments in terms of speed, width, and variety adaptability. Domestic air-jet looms have begun to take shape through technology introduction, cooperative production, and independent development. The varieties and specifications of looms have developed greatly and have entered a stable stage. With automatic weft detection, frequency conversion speed control technology, and electronic warp let-off , Electronic winding and electronic dobby are widely used in air-jet loom technology, the speed is obviously improved, the weaving range is expanded, and the product quality is stable, which can meet the needs of domestic textile enterprises for weaving different fabrics. The main gap with foreign models lies in the speed and width of the loom. At present, the speed of foreign looms is 750-1000 r/min, and the speed of domestic air-jet looms is 600-800 r/min, and the width is currently only 360 cm. In addition, we still have a certain gap in human-machine intelligence. , The keyboard shows that the amount of information is not as large as similar foreign products. However, in view of the requirements of the majority of users in the domestic market, compared with imported looms, there is no big gap in fabric adaptability, weaving process adaptability and loom maintenance operations. Domestic air jet looms can fully meet the high quality of users’ weaving. Fabric demand.

In recent years, both internationally and domestically, shuttleless looms have developed vigorously. Air-jet looms are currently the fastest-growing shuttleless looms. Air-jet looms are characterized by high speed, high efficiency, low noise, excellent fabric style, and operation. Convenience, advanced automation functions, leading mechatronics technology and a series of advantages, continue to show strong competitiveness and broad market prospects. According to statistics, there are more than one million looms of various kinds in China, without shuttles. The proportion of looms is still very low, and most of them are imported looms. Compared with 80% of the shuttleless looms owned by advanced countries in the world, there is a big gap. With my country's entry into the WTO in order to meet the challenges of economic globalization, the pace of technological transformation of textile enterprises has further accelerated. The technological transformation of my country's textile industry has formed a trend for shuttleless looms to replace shuttle looms. In 2005, domestic textile enterprises' air-jet looms accounted for about 50% of the total imports of shuttleless looms. It can be seen that the textile industry has an urgent demand for air-jet looms, and the market potential of air-jet looms is huge. According to the survey of nearly one hundred large and medium-sized state-owned textile enterprises in China, as well as many townships and private enterprises in coastal areas, the annual demand for air-jet looms accounts for about 40% to 50% of the total demand for new high-end shuttleless looms. Market prospects Very broad. 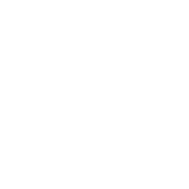